Those of you who are part of a school war gaming club like Daemon Colin and myself will know about GWs new 'School Takeover' magazine. It's issued electronically every month but, unlike White Dwarf, all of the articles in each edition are written by the members of a particular club. A few weeks ago our group was charged with writing what I think will be the December issue. As mentioned by Daemon Colin, him and myself wrote a couple of articles each and around 6 or 7 other club members contributed too, alongside our teacher who wrote some articles himself.

After submitting all of our articles on the 28th last month, we were sent an email by the team who handle this project at GW HQ. In short they told us that our club's content was some of the best that they had seen over the (somewhat short) time that the program had been running and that we were to expect a delivery of rewards for the club and contributors. This reward arrived on Monday this week in no fewer than 4 fairly large boxes. Included were model kits, scenery, hobby supplies and the boxed game Assassinorum Execution Force, all of which totaled to a value of nearly £1300! Our teacher saw it only fair that everyone who contributed revived a share of the loot and in the end he gave around 2/3 to the club and split the rest equally among those who submitted articles. Here's my cut of the bounty...

Anybody who knows GWs pricing will be able to tot that up to around £50 worth of stuff, all brand new (even the 32mm bases, I split the pack with somebody who needed the ovals and 40mms). The small collection of hobby gear there will simply just be useful whilst the Saurus Guard box is a substantial boost to the Lizardmen army that I'm planning (more on that in another post) and I am extremely grateful to both GW for sending us the stuff and to the coordinator of our school club who was kind enough to share the rewards with the contributors to the magazine who helped to earn it.

As always, Thanks for Reading! 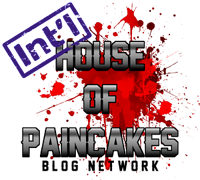 (Hopefully!)Part of the ToP Blog Network!